Animal Sterilization from a Buddhist Perspective

Buddha once said, “I teach about suffering and the way to end it.”

Still today, some people object to desexing animals because they believe it is cruel to do so, but the avoidance will only lead to more suffering. Buddha taught that our goals in life (any life) should be to end suffering, not only for humans but for all living beings.

Spaying and neutering animals are not only done to control overpopulation but also for the many health benefits, such as the prevention of sexually transmitted diseases. Therefore, spaying/neutering helps unborn animals as well as the desexed ones. Read about de-sexing in detail here.

Is Spaying/Neutering against Buddhist Teachings? Does it Create Negative Karma?

We create Karma through our intentions. We are not spaying/neutering animals to prevent them from having offspring with the intention of being cruel. On the contrary, spaying/neutering is intended as an act of kindness, not only to prevent more suffering, but to try to bring a balance back to an environment that is being lost to overpopulation. 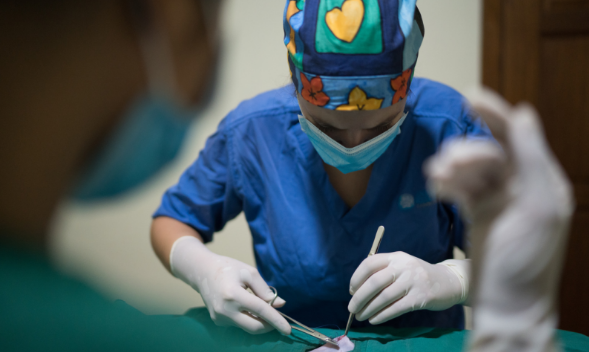 To allow cats/dogs to reproduce unchecked allows for a higher mortality rate due to the spread of disease, malnutrition, neglect, and abuse. To die so cruelly would create more negative Karma than spaying/neutering and preventing the suffering to begin with.

Is it Cruel to Prevent an Animal from Having Offspring?

Overpopulation leads to many problems, including the increase of disease and malnutrition. This leads to a higher mortality rate, especially among kittens and puppies. Preventing an animal from having offspring is not causing suffering, but preventing future suffering of animals that are unwanted or that can’t find food or be cared for by the community. Spaying/neutering is not a cruel denial of life, but an act to prevent future suffering and death.

Is it Better to Simply Allow Animals to Reproduce without Limits?

To allow the population to grow without limit diminishes the quality of life for all whereas population control allows for the chance of a longer, healthier life. Overpopulation comes with many problems that animals have no way to avoid, such as

Spaying/neutering animals helps reduce the likelihood of many of these unpleasant outcomes.

Is it Against Nature to Spay/Neuter Animals?

Domesticated animals are not part of nature, but a man-made aspect, as is the suffering endured both by domestication and overpopulation. Buddhism does not support the domestication of animals, or even the keeping of pets. However, now that they have been domesticated, humans have a responsibility to care for them. 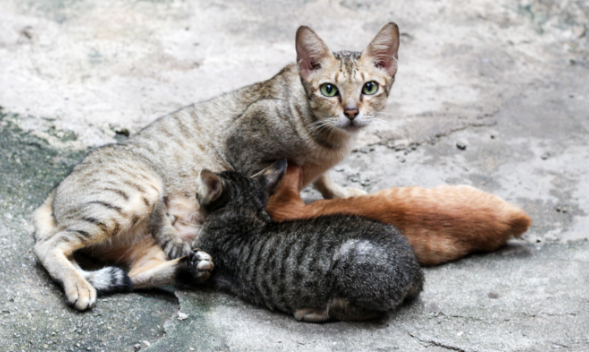 Humans have a responsibility to not just let them live, but let them live well and not cause further suffering. To allow dogs/cats to reproduce without limit is irresponsible, and will only lead to more suffering. As well, to develop the cities we now live, we’ve deforested nature and therefore caused a loss of habit for these animals. This has lead to both lack of food, and the ability to produce at faster rates, leading to uncontrollable overpopulation.

Is Spaying/Neutering Wrong Because it May Cause the Animal Pain?

The pain an animal would feel during the spay/neuter surgery is negated by the anesthesia. Just as for a human, an animal feels no pain during the operation. There is some discomfort during the recovery period, but it is minor and brief. In addition, much like for people pain medication can be administered. Preventing an animal from continuous reproduction helps keep the animal safer and healthier in the long run.

It All Starts With Love